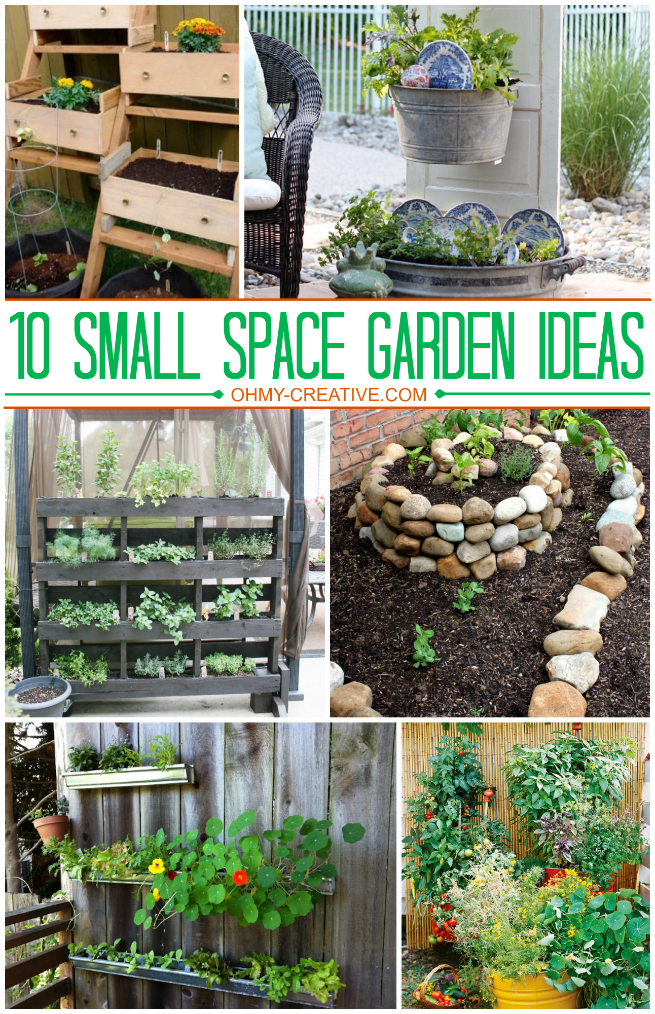 In order not to have problems with finding inspiration and creative ideas for your garden, it is very important to understand what drives you to create. The fact is that each person has his own character, his own role in collective creativity, and it is always useful to know both his own and someone else’s place.

For some people, the “trigger” is a clean canvas. People like that just give space, and they will do something on it. If you’re one of them, try to shift all your worries about preparing, clearing and supplying you with materials to someone else.

For other type of people it is important to see from which element it is possible to construct something. Materials, paint cans and just wooden boards – only by purchasing products, you can start generating creative ideas for your garden.

There’s another way to inspire yourself – to look at photos. It often happens: something very beautiful encourages us to improve our own life, whether it’s a garden, an interior or a personal relationship. And it’s often impossible to do without help from outside.

Some people can’t do anything without company and are often discouraged by their “laziness,” although even the mere presence of another person will help them start generating creative ideas for your garden. If you really don’t have the opportunity to be with someone, think about turning on the radio or starting sharing your daily success with friends – for example, on the internet.

Others are often spurred on by the desire to keep up with their neighbors. If someone has done something new, their hands are itching to do it again! And how to do it again – to make it bigger, higher and more beautiful. If you are one of them, we advise you to walk more often in the parks or summer houses of your neighbors. Or again – use the Internet to have enough opponents.

If you’re attracted to the opportunity to reuse some things, try asking your neighbors to give you something that they don’t need anymore, but is of some value to you. For example, an old typewriter looks perfect among flowers, doesn’t it?

Being able to brag, of course, can also be your inspiration. But sometimes ordinary conversations with neighbors are not enough to lift a real competitive spirit. Try to organize a small contest in the circle of your lucky neighbors: approve the theme of the project, for example, “New Flowerbed” or “Rainbow in the garden”. Voting is anonymous. The winner gets the money and arranges a tea party with cakes and biscuits for all.

Another idea for inspiration is to find a little helper. Very often, when children are around, we try to be better than we are. We want them to be proud of us. So, arranging another patchwork, you can this time correctly approach the case and immediately ask the child if he would like to help you. Suggest options: planting seedlings, watering, loosening. So the child feels that he has a choice and, having made a decision, all efforts will try to do well.

Some people like to start work – digging up the ground and planting a plot with some culture. Others, on the contrary, take care of the plants during the season. Some people can plant a lot at a time but at a very fast pace; others work better from dawn to dusk but in a measured and bearable way. Everyone has to choose their own pace and rhythm. Don’t let your home influence your work, and don’t try to redo them – everyone should do the garden and garden as they want to do.

We hope now you have a lot of creative ideas for your garden.